16 Berlin Curiosities That Will Surprise You! 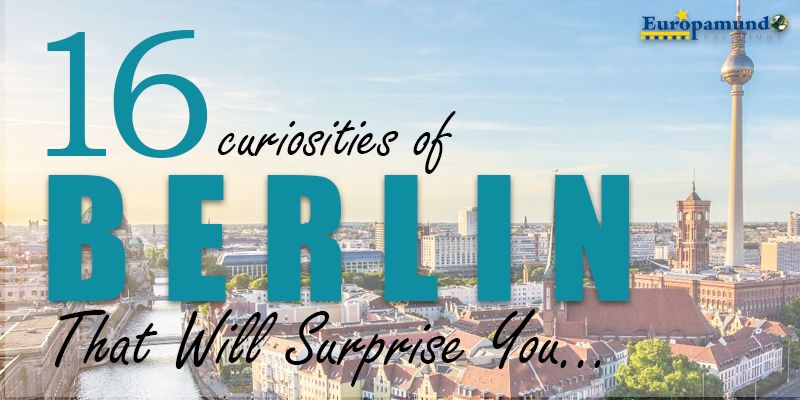 Berlin is one of the most popular cities of the world and between our travelers. At Europamundo, we take you through all over the city while we give you insights on its history, its culture and the life of its people. But today we are going to discover a few curiosities about this fantastic city that you might not know, Kommen Sie mit uns nach Berlin? Oops, sorry, we wanted to say: Are you coming with us to Berlin? We have just started talking about this place and we suddenly become Germans!

What do you think about all these facts about this amazing city? Europamundo has many tours which stop at Berlin – click here – and if you want to see a spectacular presentation of Europamundo tours of Germany by our experienced Tour Guide Vanessa Fraila, click on the following link – click here-

You can find out more about which cookies we are using or switch them off in settings.

This website uses cookies so that we can provide you with the best user experience possible. Cookie information is stored in your browser and performs functions such as recognising you when you return to our website and helping our team to understand which sections of the website you find most interesting and useful.

Strictly Necessary Cookie should be enabled at all times so that we can save your preferences for cookie settings.

If you disable this cookie, we will not be able to save your preferences. This means that every time you visit this website you will need to enable or disable cookies again.

This website uses Google Analytics to collect anonymous information such as the number of visitors to the site, and the most popular pages.

Please enable Strictly Necessary Cookies first so that we can save your preferences!